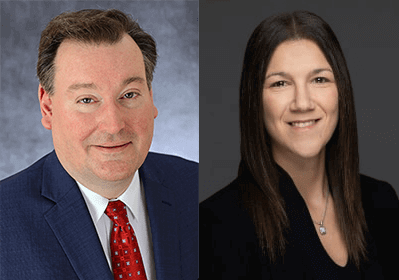 Imagine an employer’s application form offered a box to check if you, the applicant, were homosexual or transgender.  How does an employer provide instructions for filling out this portion of the application without using the words “man”, “woman”, “sex” or some other synonym?

The above are two hypotheticals considered by the United State Supreme Court in its recent landmark majority decision.  In Bostock v. Clayton County (No. 17–1618), Altitude Express, Inc. v. Zarda (No. 17–1623), and R.G. and G.R. Harris Funeral Homes, Inc. v. Equal Employment Opportunity Commission (No. 18–107), the Supreme Court ruled in favor of three employees (who each brought suit separately against their respective employers in different courts) and held that terminating an employee because of the employee’s homosexuality or transgender status is in violation of Title VII of the Civil Rights Act of 1964’s prohibition against discrimination on the basis of sex.

The genesis of each of the three cases before the court was similar, an employer terminated a long-time employee shortly after the employee revealed that he or she was homosexual or transgender.

Gerald Bostock worked for Clayton County, Georgia, as a child welfare advocate.  After a decade of working for the county, he began participating in a gay recreational softball league.  Not long after, he was fire for conduct “unbecoming” of a county employee.  Mr. Bostock brought suit alleging unlawful discrimination on the basis of sex under Title VII.  The Eleventh Circuit held Title VII did not prohibit employers from firing employees for being gay and his suit was dismissed as a matter of law.

Donald Zarda was a skydiving instructor for Altitude Express in New York.  After several seasons with company, he mentioned he was gay and was fired days later.  Mr. Zarda brought suit under a similar theory as Mr. Bostock, but in Mr. Zarda’s case, the Second Circuit concluded sexual orientation discrimination violates Title VII and allowed his case to proceed.

Aimee Stephens worked at R.G. and G.R. Harris Funeral Homes.  When she got the job, she presented as a male, but two years into her work with the company she was diagnosed with gender dysphoria.  In her sixth year with the company she told her employer she planned to live and work full-time as a woman and the employer subsequently fired her.  Ms. Stephens brought suit and the Sixth Circuit reached a similar conclusion to the Second Circuit, holding that Title VII bars employers from firing employees because of their transgender status.

Under Title VII it is unlawful for an employer to fail or refuse to hire or to discharge any individual, or otherwise discriminate against any individual with respect to his compensation, terms, conditions, or privileges of employment because of the individual’s “race, color, religion, sex, or nation origin.”  In the Opinion drafted by Justice Neil Gorsuch, the Court explained how discrimination on the basis of homosexuality or transgender status equates to discrimination on the basis of sex.  The court plainly stated that if a man is attracted to men, if that same man was actually a woman, then the individual would not have suffered the same adverse employment action.  The same goes for an individual with transgender status.  An employee may identify as a male at birth, but now identifies as a female.  Another employee may identify as female at birth and still identifies as a female.  If the employer intentionally penalizes the former for the same actions or traits it tolerates in the latter, this is prohibited discrimination on the basis of sex.

The Supreme Court found the protections included in the law need not specifically include “sexual orientation.”  In the majority’s view, firing someone because they are homosexual or of transgender status is discrimination on the basis of sex, and therefore violates Section VII.  It does not matter if other factors besides the employee’s sex contributed to the decision, nor does it matter if the employer treated women as a group when compared to men as a group.

The Supreme Court made clear,“ an employer who fires an individual merely for being gay or transgender defies the law.”  Employers are prohibited from firing employees on the basis of homosexuality and transgender status.  As such, the judgments of the Second and Sixth Circuits (Zarda and Stephens) were affirmed and the judgment of the Eleventh Circuit (Bostock) was reversed and remanded.

Many would say the ruling was not completely unexpected given the trend at the state level to include sexual orientation and gender identity as protected classes in their anti-discrimination statutes.  But what does this case mean and where do we go from here?

First, there are many questions the Court dodged and did not answer.  No one raised the issue of religion and therefore, it is unknown to what extent, if any, this decision applies to religious institutions and similar organizations.  Second, nothing was said about dress codes and uniforms.  In the R.G. Harris Funeral Home case, men were to wear jackets, ties, and slacks.  Women were to wear blazers, blouses, and skirts.  Thus, the plaintiff in that case would have worn skirts to the office after transitioning to the female gender.  Third, nothing was said about the meaning of gender.  Several states have recognized more than one gender and many businesses have as well.  But the Supreme Court dodged the dispute over the meaning of the word “gender” in its ruling.  Fourth, bona fide occupational qualifications (BFOQ) were not discussed.  BFOQ comes into play in those organizations where the job actually requires a particular gender.  Examples would be the Catholic priest must be male or the Hooters waitress must be female.  Can an employee previously unqualified for the position because of his gender become qualified as a result of changing genders? (Probably, yes).  Finally, just a few days before this ruling was released, the US Department of Health and Human Services issued final regulations withdrawing anti-discrimination protection for LGBTQ in regards to health care and health insurance stating that the language was likely unenforceable and that the creation of the anti-discrimination rules exceeded the power of the agency.  Should we read those nullified rules back into the regulations.

So, what are we to do?  First, if it is not already in your handbook, your EEO policy and anti-discrimination and harassment policies need to be updated to clearly state that they also now apply to issues of gender identity and sexual orientation.  A similar review of your leave and benefits policies should be conducted to make sure they apply equally to all groups.

Third, some thought and planning needs to be done in regards to accommodating an employee who transitions from one gender to the next.  In those cases, locker room and restroom battles are commonplace.  As a result, when possible, many businesses have done away with the locker room and have moved towards single unisex restrooms.  A review of the dress code might also be in order.  Should you consider adopting a more unisex code, i.e. all employees wear slacks, as opposed to the policy in place at RG Harris Funeral Home delineating pants for men and skirts for women.

As always, the lawyers at Mintzer Sarowitz Zeris Ledva & Meyers, LLP are here to help you make sense of complicated legal requirements and assist in the creation of policies and procedures to bring your business into compliance.

Bradley K. Shafer, Esq. is the Managing Partner of our West Virginia Office.  Brad specializes in labor and employment matters in both state and federal court settings.  Brad is also licensed to practice in Ohio.