Jeffrey Sotland is the President of the Board of Directors of the Support Center for Child Advocates.  Along with Mr. Sotland’s involvement on the Board of Directors, Stephen Ledva, Jr, Robert W. Bucher, III and Ashley B. Friedman all serve as Support Center volunteers, representing children in support of the mission of this non profit organization.

The Support Center advocates for victims of child abuse and neglect with the goal of securing safety, justice, well-being and a permanent, nurturing environment for every child.

The three offices on Florida are actively in the DeMoya Foundation.  This is a non-profit that excels in placing young adults with disabilities in employment positions. 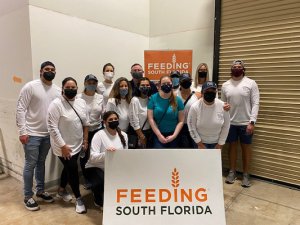 The New Jersey Office is involved in the Minority Student Program at Rutgers University School of Law-Camden. We sponsor a Judicial Internship Program for 1Ls through MSP.  These students will be able to rely on this financial support during their summer judicial internships as a result of this arrangement. In addition, we participate in the MSP student mentorship program.

This office also hosts food drives for the South Jersey Food Bank on a regular basis. 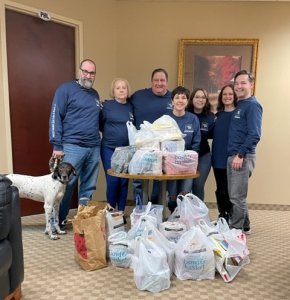 Judith ElSherbini has been very involved with American Corporate Partners for approximately seven years.  This work has included mentoring veterans (and some still active) in reaching next step life goals.  Some of the mentees had goals of going to law school, some were changing jobs, some wanted coaching on corporate culture, and some just wanted to learn interviewing/job seeking skills. 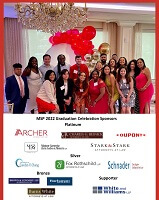 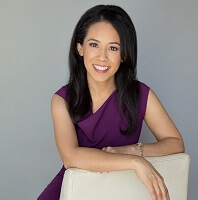 Mintzer Sarowitz Zeris Ledva & Meyers, LLP is proud to announce that one of our Philadelphia partners, Jeffrey Sotland has been elected as President of the Board of Directors of the Support Center for Child Advocates.

Brian Eves is excited to be speaking at the @clm-alliance/@TheCLMalliance 2021 #CLMWCRRH Workers Compensation and Retail, Restaurant & Hospitality Conference virtually on May 13th from 12:20 pm – 1:20 pm ET.