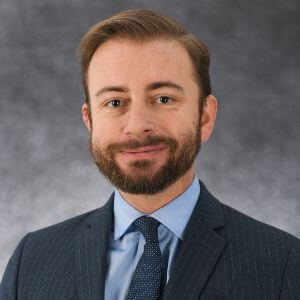 In a recent decision addressing a question of law certified by the United States Court of Appeals for the Third Circuit in City of Asbury Park v. Star Insurance Company (A-20-19) (083371) the Supreme Court of New Jersey found that the equitable ‘Made Whole’ doctrine does not apply to first-dollar risk, such as self-insured retention or deductibles.  The matter arose from a dispute between Star Insurance Company, the Worker’s Compensation Carrier for the City of Asbury Park, New Jersey, and the City itself, wherein the City argued that any amount recovered in satisfaction of a Workers’ Compensation lien should be paid to the City in first priority, in accordance with the ‘Made Whole’ doctrine.  The Supreme Court of New Jersey, looking to both the letter of the insurance policy, as well as extra-jurisdictional considerations of that very question, ultimately disagreed.

The City held an insurance policy with Star for Workers’ Compensation claims made against the City.  This policy included a self-insured retention in the amount of $400,000—effectively a deductible—to be paid by the City.  In turn, Star agreed to indemnify the City for any amount that exceeded the self-insurance retention.  City employee John Fazio was severely injured during the course of his employment with the Asbury Park Fire Department.  The City paid Fazio the full $400,000 self-insurance retention, with Star indemnifying the City for an additional $2,607,227.50.  Accordingly, the City and Star held a Workers’ Compensation Lien in the amount of $3,007,227.50 against any recovery by Fazio against a third party.

Fazio ultimately reached a settlement agreement with the third party in the amount of $2,600,000.  For reasons not stated in the opinion, the City, Star and Fazio ultimately agreed that only $935,968.22 of that settlement amount would be set aside in partial satisfaction of the Workers’ Compensation Lien.  Ultimately, the City filed a declaratory judgment action in Superior Court (later removed to The United States District Court for the District of New Jersey by Star) arguing that it possessed a right of subrogation in full satisfaction of the self-insured retention and in priority to any recovery by Star.  Star then filed for declaratory judgment, arguing that it was entitled to be reimbursed in full before any reimbursement of the City’s self-insured retention.  Both parties moved for summary judgment and the District Court ultimately granted Star’s motion and denied the City’s.  The City appealed and, following briefing by both parties, the Third Circuit adjudged that the appeal, “raised an important and unresolved matter of New Jersey law,” subsequently certifying the question to the New Jersey Supreme Court.

In its appeal, the City contended that the ‘Made Whole’ doctrine supported its claims. The doctrine asserts that an insured is to be “made whole” before an insurer can recover proceeds from a third-party tortfeasor, relying on the 1961 Appellate Division decision in Providence Washington Insurance Co. v. Hogges.  Under the well-established, equitable ‘Made Whole’ doctrine, an insurer cannot assert a subrogation right until the insured has been fully compensated for its injuries.  However, it has similarly been long-recognized that Courts must look to the contractual terms which define any rights to subrogation. The principle of subrogation recognizes, in effect, that obligations should be discharged by those who equitably ought to pay them.  There is, in effect, dual and competing concerns when analyzing these agreements in the equitable principles of subrogation while—at the same time—honoring the rights and obligations for which the parties have contracted.  The Supreme Court acknowledges that, while the ‘Made Whole’ doctrine applies generally in New Jersey, the Court—perhaps surprisingly—had never specifically addressed the issue of whether that doctrine applies to so-called first-dollar risk, including self-insured retentions and deductibles.

Based on equitable considerations, alongside analysis of a number of extra-jurisdictional opinions, the Court ultimately concluded that the ‘Made Whole’ doctrine does not apply to first-dollar risk that is allocated to the insured.  The Court reasoned that a self-insured retention or deductible is risk that the insured has bargained to retain, presumably in exchange for a lower premium.  To apply the ‘Made Whole’ doctrine to an self-insured retention or deductible would effectively convert the policy into one without a deductible, depriving the parties of the benefit of their voluntary agreement.  The Court states—and practitioners should take note—that this conclusion is based on a close reading of the provisions of the insurance contract, particularly related to self-insurance retention and subrogation rights.  Given that the policy unambiguously provides Star with the right to third-party recovery, the Court ultimately declined to apply the ‘Made Whole’ doctrine to the City’s claims.