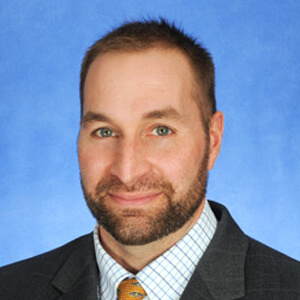 In 2012, the Legislature in New Jersey gave medical providers the opportunity to file claims for payment of services rendered to employees who suffer a compensable injury under the Worker’s Compensation Act (N.J.S.A. 15:34-1 et .seq.).  In doing so, the legislature created a separate right of action for medical providers to claim that they were not paid at the reasonable and customary rates for services rendered in association with a compensable claim.  This legislation created a new collections type industry based on worker’s compensation injuries which previously could only take place in the Worker’s Compensation Courts if the petitioner had an active claim pending.

The Appellate Division in New Jersey decided the issue  through the recent unpublished opinions in the cases of Anesthesia Associates of Morristown, P.A. v. Weinstein Supply Corporation and Surgicare of Jersey City v. Waldbaums, App. Div. A-5033-18T4 and A-5718-18T4, which were argued together on August 4, 2020 with the decision being issued on October 7, 2020.  In the decision, the Appellate Division reviewed the finding of the lower courts who had found in both cases that the Medical Provider Claims could not have jurisdiction based on the requirements of “Larson Factors” and the Appellate Court agreed.

Specifically, the Appellate Division found that since the Division of Worker’s Compensation is a court of limited jurisdiction, that  if the Petitioner in the underlying claim could not make a claim for benefits in the State of New Jersey, then the Medical Provider could not have rights greater than the claimant in the underlying matter.  Thereby concurring with the lower Court in making their findings and denying jurisdiction to medical providers when there would be no similar jurisdiction for the petitioner’s claim.  Without sufficient contacts with the State of New Jersey to allow for jurisdiction, the medical providers would have to seek the remedy requested (review of amount paid on submitted billing)  in the state of underlying venue to determine if additional monies were owed on their bills.

After filing motions to dismiss similar claims for lack of jurisdiction based on the decision by the Appellate Court, we have come to find that the attorney for the Medical Providers in the two matters involved in the decisions, have filed  an appeal  with the New Jersey Supreme Court.  As it would be inappropriate to dismiss a claim with prejudice pending the appeal to the Supreme Court, our Motions are now stayed pending The Supreme Court of New Jersey determination.