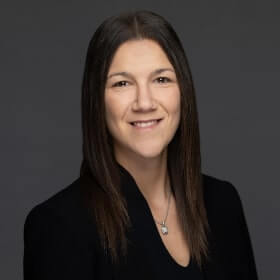 Plaintiff brought a premises liability action against our client, a Fortune 100 retailer, in which Plaintiff claimed he sustained personal injury after tripping and falling in the parking lot of the store.  According to Plaintiff, he parked in a parking spot containing cracks, debris and trash and that while walking to the store, his cane caught in the cracks and debris causing him to fall.  The matter proceeded to mandatory arbitration where Ms. Pakler was able to establish through Plaintiff’s testimony and evidence obtained through discovery that Plaintiff, who walked with a cane, did not trip over any alleged defect or dangerous condition in the parking lot and instead tripped over a raised median that Plaintiff chose to walk over as a short cut into the store entrance.

At the outset, Ms. Pakler successfully argued lack of notice as to any issue with the parking lot and that any alleged defect in the parking lot was de minimis.   Ms. Pakler was also successful in proving that Plaintiff’s version of events was not accurate.  The panel found that Plaintiff did not trip over any alleged defect in the parking lot, and instead tripped while traversing the raised median.  Further, Ms. Pakler was able to establish that Plaintiff knowingly assumed the risk of walking over the raised median area, with a cane, to proceed into the store instead of opting for the safe and available option of traversing over the flat, defect free parking lot.  The arbitration panel ruled against Plaintiff on all counts and returned an award for Defendant.